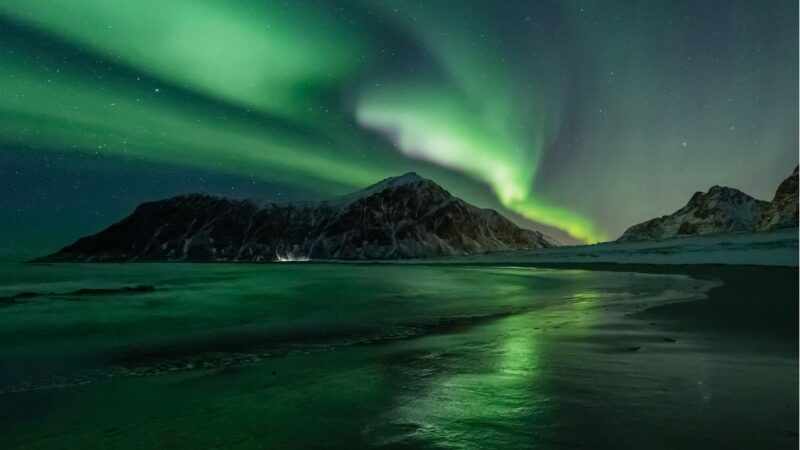 Here are 10 of the most common sights that feature on bucket lists.

1. The Great Pyramids of Giza, Egypt

As the only one of the Seven Wonders of the Ancient World still standing today, it’s no surprise that the Great Pyramids of Giza are one of the most popular bucket list items. The commonly photographed pyramids were built for three different pharaohs and today they border Giza in Greater Cairo, Egypt. The oldest and largest of the pyramids is thought to have been built in the 26th century BC. The view of the pyramids alone is stunning, but you can delve into the history further by stepping inside. Egypt is steeped in history, and you can find plenty more tombs and monuments during a trip here.

Machu Picchu is often considered one of the most spectacular creations of the Inca Empire that we can still see today. Towering above the Peruvian tropical forest on top of a mountain, the UNESCO World Heritage site is a 15th century Inca citadel. Getting to Machu Picchu is often associated with a multi-day trek following the old Inca trail, but there are other options too. It is possible to take a train most of the way up the mountain, followed by a 30-minute bus that will take you right to the gates.

Ask someone what natural wonder they want to see, and the Northern Lights are often among the responses. The dazzling light show is simply beautiful. There isn’t one specific place to head to if you want to see the Northern Lights – in fact, they are occasionally visible in the UK. However, to give yourself the best opportunity to see them, you should head closer to the Arctic Circle, with popular destinations including Iceland, Alaska, and Norway.

The ivory white Taj Mahal in India is still considered one of the most beautiful buildings today, 350 years after it was finished. Built by the Mughal emperor Shah Jahan as a monument to his wife, the complex includes the tomb, mosque, guest house, and formal gardens. The Taj Mahal was designated a UNESCO World Heritage Site in 1983 when it was described as the “jewel of Muslim art in India” and one of the “masterpieces” of world heritage.

Photos to attract tourists to the beautiful country of Vietnam often show Ha Long Bay. The popular tourist destination attracts more than six million visitors every year, but you can often still find secluded spots. The bay boasts around 1,600 islands and emerald waters, making it a natural wonder of the world and perfect for tourists who love to get outdoors. While enjoying the vistas, there’s plenty of water-based activities to do here too, from a gentle swim or cruise to scuba diving and kayaking.

The sheer size of the Great Wall of China makes it awe-inspiring. Stretching over 12,000 miles, the frontier walls were started as early as the 7th century, but the most well-known sections were built by the Ming dynasty several centuries later between 1368 and 1644. The Great Wall, which climbs up picturesque mountains and curves around lakes, gives you beautiful views of China and, thanks to the length it spans, can be combined with many other attractions you may want to visit.

The archaeological city of Petra, Jordan, is an ideal bucket list addition for history and architecture fans. In 2007, it was named as one of the seven new wonders of the world in a global poll that attracted millions of votes. It’s easy to see why the city secured a spot. Carved into red sandstone, the city’s facades, tombs, and temples have a striking appearance that look like they’ve come straight out of an Indiana Jones film.

For nature lovers, going on a safari to see African wildlife in their natural habitat is often a once in a lifetime goal. There are plenty of national parks scattered across Africa to choose from, but one of the most popular is the Serengeti National Park in Tanzania as it’s teeming with wildlife. It’s home to the “big 5” – lions, buffalo, leopards, elephants, and rhinos – as well as many other animals. You’ll have plenty of opportunities to spot animals in the wild.

Closer to home, as many as 20,000 a day visit the Sistine Chapel. While the ornate room attracts visitors for a range of reasons, it’s often the Renaissance frescos by Michelangelo, collectively known as “the Sistine Ceiling”, that are admired the most. The ceiling was painted between 1508 and 1512, and today only one small panel is missing. The paintings depict scenes from the bible, including the creation of mankind. Of course, Vatican City and Rome are filled with other historical and artistic wonders too, from the Colosseum to the Trevi Fountain.

Angkor Wat is the largest religious structure in the world when measured by land area. The temple complex sprawls across over 400 acres so you’d need plenty of time to explore every part of it. Originally dedicated to the Hindu god Vishnu when it was built in the first half of the 12th century, it became a Buddhist temple by the end of the same century. It remains an architectural marvel that was designed to represent the home of the gods, Mount Meru.

Enter your details below to subscribe to our blog. Whatever your enquiry, big or small, get in touch. Fill in the form and one of our expert advisers will get back to you, or call us to discuss your needs.